Not all Phlox are created equal! 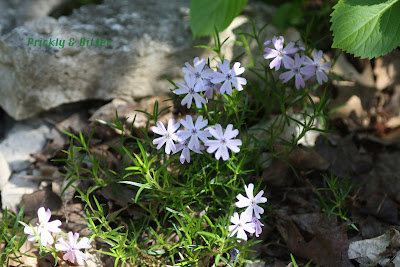 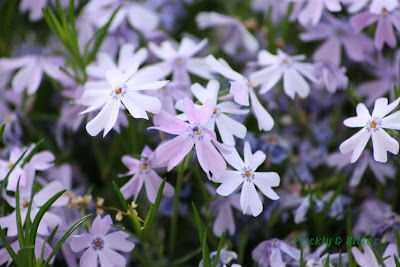 The Moss Phlox is a ground cover plant native to North America, with its natural range extending from Quebec to British Columbia and south towards Colorado and Tennessee. I would argue that now in certain habitats (like my back yard) it has become invasive, perhaps because of a decrease of natural competitors in the areas which it now grows. Almost all species of Phlox are native to North America (a few species, or only one depending on your definition of species, are native to Siberia) in some capacity, with overlapping ranges extending from East coast to West coast and from Alaska south to Florida. The variation in this genus of plants is a great example of "niche theory", which states that plants and animals evolved to specialize to a specific niche, and so "microhabitat" can be a leading contributor to the evolution of new species. This theory has been all but abandoned in recent literature in favour of other theories since it could never explain all the variation seen in an area by itself, but it's still a good theory used in conjunction with others to explain species distribution. The genus Phlox contains more than 65 species, being distinguished by their size at maturity (ranging from only a few centimeters tall to over a meter) and their flower colour. Horticulturalists have hybridized various species to produce new and unusual flower colours that would not have been present in large numbers in natural populations.

Other than a popular ornamental plant, Phlox species in general are not used for a whole lot. There are no species with any medicinal value (either historical or current) with the exception of Garden Phlox which is a powerful laxative. This should also suggest that it's a poisonous plant, and shouldn't be consumed! The analysis of the essential oils in the plant done by a lab in Denmark didn't show the plant to have any promise as one containing chemicals previously documented to fight cancer, slow the progress of AIDS or diabetes, etc.

One humorous side-note to this plant is that it supposedly (I've never noticed this phenomenon, but maybe it is not uniform across all species) has a very similar smell to that of marijuana and has caused the "backyard bust" of a few homes in England and the United States after neighbours reported the smell. I doubt the plant itself would be mistaken for marijuana since they differ drastically in appearance!
Posted by Jen M at 12:03 PM