Hyacinth: a plant of the gods 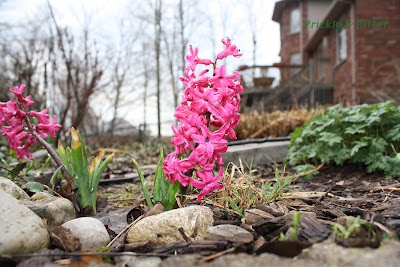 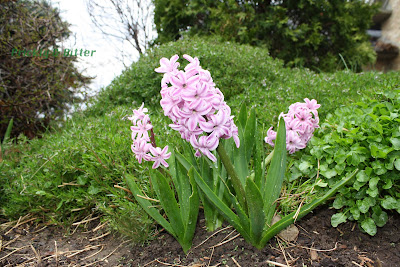 Hyacinths are native to Turkey, Israel, Iran and Turkmenistan (the epithet of the species name, "orientalis," is a bit misleading in this case). It has been a popular plant for gardening for a very long time, and has been in North America for 200-300 years. As with most "bulb" plants (I'll explain the quotation marks further down), the Dutch were famous for breeding hyacinths, and had up to 2,000 cultivars by the 18th century.

Contrary to popular belief, hyacinths actually aren't bulbs. They are underground storage organs very similar to bulbs, called corms, but where the plant stores their starch is very different. If you picture an onion, that is a bulb. The leaves have been modified to be very fleshy and to store starch. In a corm, like a hyacinth or the edible plant taro, it's instead a swollen underground stem that has been modified to store starch (which is why when you cut a hyacinth "bulb" in half, it doesn't have layers like an onion). I have heard of an old wives tale where if you cut a storage organ in half and it has layers you can eat it, and if it doesn't you can't. This is 100% false, and "rules" such as these should never be followed when deciding what wild or cultivated plants can or cannot be eaten. Tulips come from bulbs, and you would be very disappointed if you ever tried eating a tulip bulb. While taro is edible (and quite delicious, actually), hyacinth bulbs most definitely are not. They are toxic and contain high levels of oxalic acid, an acid that will cause blistering for sensitive skin. Wearing gloves when gardening is always a safe precaution, but especially if you are planting large amounts of these corms and you have sensitive skin.

The hyacinth flower is heavily rooted in Greek mythology. The story goes that Apollo and Zephyr were jealous of the youthful beauty of Hyakinthos, and competed for his attention. Zephyr was angered by the fact that Hyakinthos seemed to like Apollo more, and blew Apollo's discuss stone off-course and it hit Hyacinth and killed him. Instead of allowing Hades to claim Hyakinthos' body, Apollo poured his blood on the Earth and turned it into a flower. An interesting story of how plants are tightly intertwined with mythology (from all countries; the Persian New Year also uses hyacinths in their table settings). The hyacinth is also associated with rebirth in many cultures, and so is often planted at grave sites.
Posted by Jen M at 11:55 AM