An homage to the Royal Family

I know it's been a while; it's amazing how busy life gets during the summer during the "down time" (actually the busiest time for graduate students since undergrads are off for the summer and there's very few of us who have teaching duties during the summer; this means all of our time can be dedicated to research, or in my case, writing my thesis).

Unless you've been living under a rock, you've probably heard all about the birth of the Royal Baby, and all of the hooplah that goes along with it. Some people on twitter are less than impressed about hearing about it all the time, but you know what? I don't care :) I think reading about how excited people are for the birth of the future King of England is awesome. Do you know why? It's happy news. People were overjoyed about hearing about the engagement of Will and Kate, then their wedding was just plain ridiculous with regards to how popular it was with people around the world, and now their first child (with a bunch of other special events mixed in the middle; us Canadians got all excited when they came on their first Canadian tour). Sure, there will be some people that will poo-poo when having to hear or read about the Royal Family, and they can poo-poo all they want. It is an opinion, after all, and everyone's entitled to their own. I, for one, love hearing about the Royal Family. I think it probably stems back to when I was a little girl dreaming about being Tinkerbell or Cinderella, and what little girl doesn't dream about being a princess at least once?! Even if they just dream about how much they would hate it :) I personally think hearing all about the Royal Family is a nice change from hearing about all of the sad and terrible other things going on in the world today.

So with that, prepare yourselves for a blog about (a very small part of) the Royal Wedding! Since I had not yet started this blog when Will and Kate got married, I figured a great way to get back into the blogging swing of things would be to pay homage to their relationship and the little bundle of joy they just welcomed into the world. Welcome to life in the spotlight, His Royal Highness Prince George Alexander Louis of Cambridge!

And without further adieu, a blog about...Kate Middleton's bouquet. 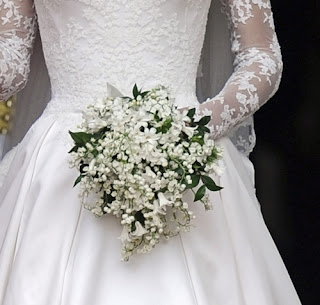 There are four plants featured in her bouquet: myrtle, Lily of the Valley (the most dominant flower type), Sweet William, and hyacinth. 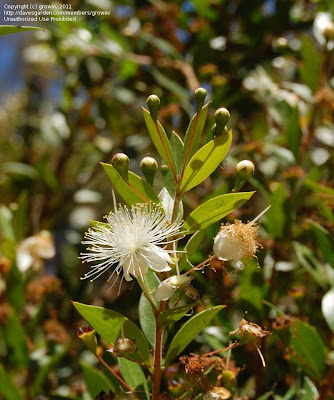 The common myrtle is a very popular garden plant in Europe (it's just starting to become more popular in North America, especially in warmer climates) and is native to the southern European countries that border the Mediterranean and northern Africa. Because this plant flowers so late, it is popular in providing a splash of flower colour in the late summer months (as well as a source of pollen and nectar for summer pollinators) and the fruit for the birds and small mammals in the fall. It is very cold-sensitive, and requires protection from even a light frost so would be unsuitable for use as an outdoor ornamental in Canada.

This plant has a long history as a medicinal plant, with such legends as Hippocrates and Dioscorides swearing by it to treat sinus infections. There is, unfortunately, no evidence to suggest it actually has any effects on the body other than a pleasant smell, so don't get too excited. But both the leaves and the flowers were used and are featured heavily in decorative illustrations done by both Hippocrates and Dioscorides in their epic works. This still doesn't explain what it's doing in a wedding bouquet...

Myrtle flowers are also incredibly sacred to the Romans, as they were the flowers that represented both Demeter and Aphrodite. Further, a myrtle branch with flowers on it was often presented, before an olive branch "became popular," as a sign of peace and goodwill when welcoming new neighbours or new members of the family. From here, myrtle flowers have become important signs of unity and goodwill, two important qualities when it comes to joining two hands in marriage (no matter what kind of ceremony it is!). The specific plant chosen for the myrtle flowers is also significant to the Royal Family: Queen Victoria planted the sprig of myrtle she used in her bouquet in her garden, and every royal since then has taken a small clipping from this tree to use in their own bouquets. The cuttings are rooted and then planted alongside Queen Victoria's tree (I can imagine it would be a veritable myrtle forest by now!). 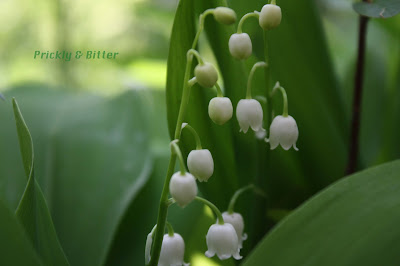 Common name: Lily of the Valley

Lily of the Valley is likely native to Europe and western Asia, although there's still the idea that it might have originated in North America (although this explanation is slowly losing ground). It is, however, a very common flowering plant here in the spring and has even become invasive in some areas, outcompeting our native bloodroot, trilliums, and other native spring wildflowers. I have blogged about this plant once already; if you'd like to read about it you can do so HERE.

This flower is rarely used in wedding bouquets because of its flowering time; the Latin epithet of the species name "majalis" means "flowering in May." Since most people don't choose to get married in the spring and instead opt for the summer, finding these flowers in July or August is incredibly rare. This, in turn, drastically increases the value of the flowers to such an extent that they have become one of the most universal signs of wealth in wedding bouquets. This idea, of course, goes hand-in-hand with the Royal Family and the Lily of the Valley has been an integral part of all wedding bouquets documented in photography and (before the invention of the camera) paintings except Queen Victoria that favoured snowdrops. Will and Kate were lucky; they probably got an extreme discount on their Lily of the Valley flowers since their wedding was on April 29th! 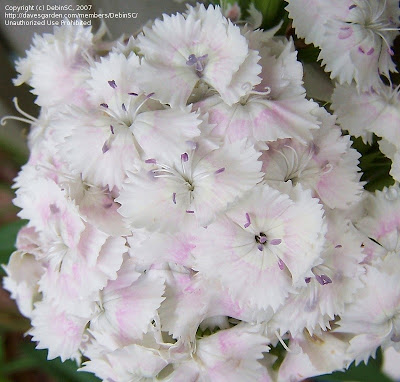 The flower commonly called Sweet William is a rather mysterious flower, because no one is entirely sure how it got its common name. There are many stories about how it refers to William Shakespeare, but also some stories about Prince William, the Duke of Cumberland as well as Saint William of York and William the Conqueror. Whatever the origins of the common name, the plant itself originates from southern Europe and across most of Asia.

As far as royal bouquets go, this plant is incredibly unusual to be included, but I'm sure you can guess why it was. Kate included this flower as a tribute to Will, a gesture that was picked up on by botanists across England long before the media started reporting on it. See, sometimes it pays to know your plants! In general, these are incredibly unusual to use as wedding flowers but they are also very long-lived (they can survive in full-bloom with no signs of wilting or flower decomposition for months after cutting) so make for great wedding flowers if you want a keepsake in your home. Pure white Sweet William flowers are difficult to obtain, and most have a slightly purple tinge to them like the ones pictured above. The pure white flowers that Kate featured in her bouquet are a relatively rare cultivar developed in England in the 1980s. 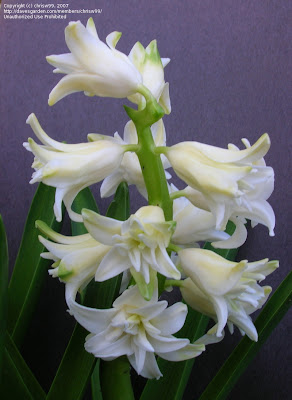 As far as hyacinths go, the specific cultivar or variety pictured above is quite stunning. The stamens have been replaced by petals, a phenomenon referred to as "doubling" (it appears as if the plant has doubled the number of petals produced for a fuller flower, when it reality the flower has become sterile through a genetic mutation). This type of mutation does happen naturally but is incredibly rare; it has been exploited for centuries by horticulturists for fuller flowers. The other benefit of this phenomenon, at least for those observing the flowers, is that because the plant has no chance of reproduction the flower doesn't die as quickly. Dead flowers are usually the result of the end of the production of pollen and nectar, and instead of putting resources into maintaining the petals the plant shifts its resources into producing the fruit. Since doubled flowers don't have stamens to produce pollen, this resource shift can't happen and the flower remains on the plant for a longer period of time. If you'd like to read a full blog about hyacinths, you can do so HERE.

Hyacinths, again, are rare as wedding flowers in general but a staple of all weddings and coronations for the Royal Family. Because of their very early flowering time in the spring, they too are rare and expensive to use in wedding bouquets during the most likely time that a wedding would occur. The use of hyacinths (especially for coronations) can be linked to King George III who insisted that the "royal herb strewer" should precede him for his entrance so he would be walking through the sweet scent of flowers and herbs. King George III reinstated this practice in 1820 for his coronation, and selected hyacinths to decorate the venue due to their intense sweet scent. I'm not sure of Kate's reasoning to include some white hyacinth flowers into her bouquet, but it could be a symbol of the "coronation flower boys" of years gone by.
Posted by Jen M at 3:08 PM