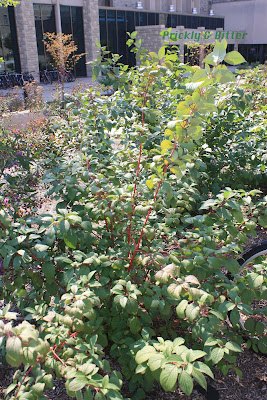 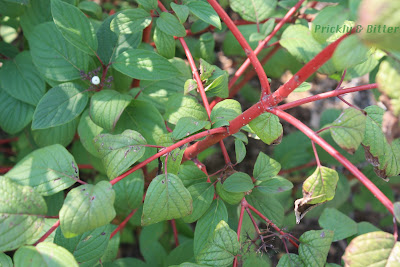 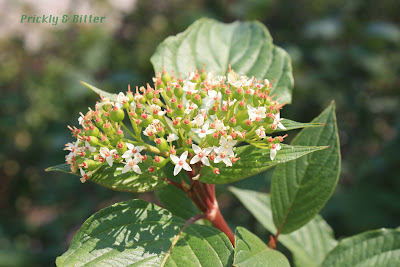 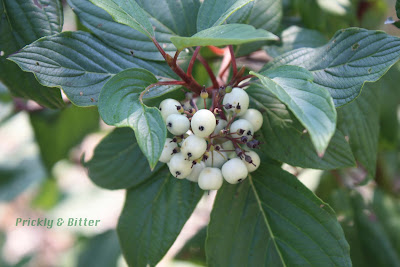 The red-stemmed dogwood is native to North America, from Alaska on south to Michigan and Nebraska. It thrives in very cold temperatures, and has a spectacular look during the winter due to its bright red stems. A hard prune of this shrub will keep it shrubby (it will absolutely grow into a small tree up to 4 meters tall if you leave it alone), but the flowers only appear on new growth so you likely won't get any of the pretty white berries. In cultivated areas this plant seems to get a little out of control, but this isn't indicative of how it grows in the wild; you rarely see a patch of osier dogwoods that have out-competed all other species. The shrub is shade-tolerant (one of the reasons why it is so successful as an understory shrub), but requires direct sunlight in order to have bright red branches.

One of the most attractive characters of this shrub is the underground root network that can survive under periods of intense flooding. For this reason, the osier dogwood is one of the most popular plants to plant along riverbanks to prevent erosion. The roots grow very quickly and very densely to hold the soil in, and since it's a native plant it works well with the other native flora.

The berries have a reported medical use in stopping bleeding, but that use hasn't ever been substantiated with clinical evidence. The Lakota use the inner bark of the shrub as a "traditional tobacco," mixing it with barberry leaves to improve the flavour. Other than creating smoke that can be inhaled, I'm not sure what kind of effects this traditional tobacco has; there aren't any reports of the plant being toxic, stimulating or hallucinogenic to humans in any way, so I can't imagine what kind of result inhaling the smoke would have. And if other leaves need to be added to improve taste, I can't imagine it being very pleasant, either!
Posted by Jen M at 9:11 PM