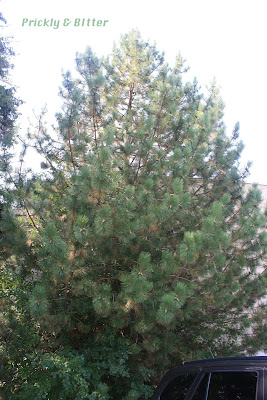 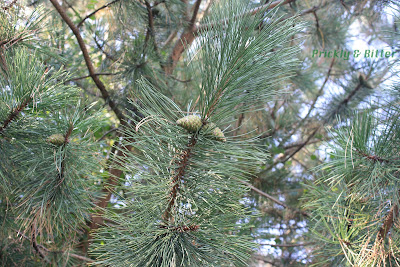 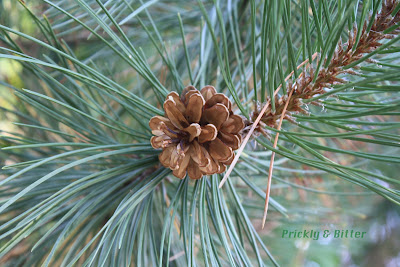 Surprisingly enough, the common name of this species is not reflective of its natural heritage. Sure, it's an economically important tree in Norway, but it certainly didn't originate there and more than likely wasn't first discovered there, either. The red pine is native to Canada and the northeastern United States, is the state tree of Minnesota, and is much smaller in almost every respect compared to the eastern white pine.

It is relatively uniform in its morphology, so you'll rarely see "exceptions" to the general shape, size, colour, and rate of maturation of any one member in a population. This would suggest that each member of the population is very genetically similar, and that each copy of each gene has few alleles (and perhaps only one allele expressed in two copies). How does this happen? Well, there's only one way: near extinction. This very concept has happened recently with the cheetah and also the eastern cougar. The populations are so genetically uniform that very strange genetic deformities are starting to appear more and more commonly in the population. In a "pristine" population, one that hadn't gone through a near-extinction event, genetic diseases are rare and you usually need two copies of a gene to express the disease. If you only had one copy, you would appear normal, and no copies you would appear normal and any children you had would also appear normal (since no matter what genes they get from your mate, you will be passing on one of your two normal copies of the gene to your children). Because an individual with one normal copy and one recessive copy appears normal, selection cannot act to "weed" that individual out of the population. If that individual mates with another individual that has one normal copy and one recessive copy of the gene, they have a 1/4 chance of having a child with the disease. The same thing happens in plants, but many plants can be what we call tetraploid; this means they have four copies of each gene instead of only two. You can see how this might be of great advantage in the plant kingdom; in order to show the effects of a recessive gene, you would need to have four copies of the gene instead of just two, which would occur much less commonly.

The presence of a large number of red pine trees in an area is usually indicative of a widespread natural disaster of some kind, usually a forest fire. Because they are incredibly intolerant of shade, they are often the first trees to colonize an area after fire. Contrary to popular belief, this isn't because the seeds require intense heat to open (which is the case in some other coniferous species). When you intensely burn an area it rapidly decomposes the dense organic layer on top of the soil which allows for easier seed penetration, it burns off insects that might eat the seeds or young saplings, it removes the competitive ability of understory trees and shrubs by killing all (or some) of them, and thins out the branches of the trees that make up the canopy. Fires provide optimal growth conditions for the red pine and other primary colonizing species that are shade intolerant.

The uses of the red pine include lumber, pulp and paper, and for landscaping purposes.
Posted by Jen M at 5:00 PM