Spiraea: one of the top potential invasive species 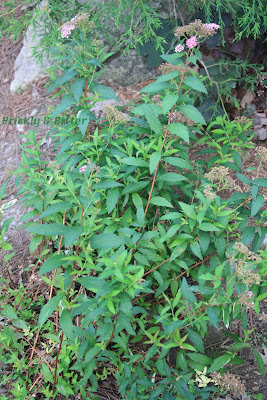 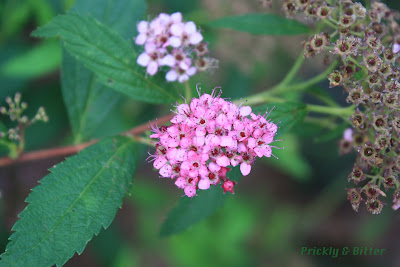 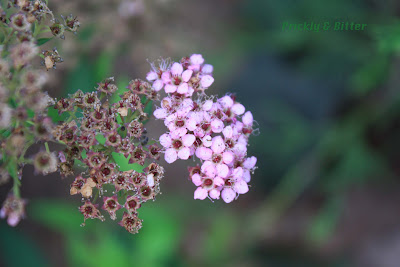 This species or ornamental plant is native to Japan (as the name suggests; but also China and Korea) but has been naturalized in North America and parts of Europe. This plant is normally kept under control in gardens, but has the potential to become invasive if left unchecked. It prefers riparian or boggy habitats, so the first place you'll notice this plant popping up if becoming invasive in an area is along roadside ditches. It's unfortunate that this is yet another species of potentially invasive plants that prefers moist habitats since our bogs, swamps and marshlands are already under such large threats by invasives already.

Since I profiled how to identify a plant as being a member of the mint family, Spiraea is a good example of how to identify a plant in the rose family. Members of the rose family have typical 5-petaled flowers, and the petals are roundish at the edges and narrow towards the interior of the flower to make a star-shape in the middle when the flower is fully open. The female parts of the flowers are very difficult to see, but the male parts are numerous (more often than not, more than 12 stamens). Spiraea in general is not a good example of this, but the leaves of the rose family also more often than not have something called a stipule at the bottom, which is like a "mini leaf" at the base of the leaf's petiole where it attaches to the stem. There are other families of plants that have stipules, but only this family has the characteristic 5-petaled flower (usually pink or white, but not always) with many male parts and stipules. 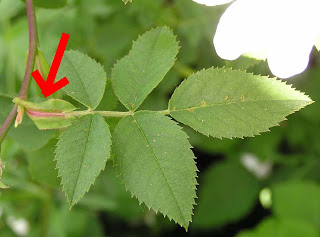 The roots of Spiraea plants have been used for hundreds of years in Traditional Chinese Medicine as an anti-inflammatory tea. Recently, a couple of researchers from China looked at whether or not root extract from Spiraea has biologically active chemicals, and they found five new alkaloids in the roots that do show anti-inflammatory effects in mice. The kinds of effects this could have on humans and the diseases it could be useful to help treat are numerous and scientific investigations are ongoing.
Posted by Jen M at 12:28 PM